Operator MES & OEE | How do you find your way to the new industrial revolution?
17550
post-template-default,single,single-post,postid-17550,single-format-standard,qode-quick-links-1.0,ajax_fade,page_not_loaded,,qode_grid_1200,qode-child-theme-ver-1.0.0,qode-theme-ver-11.1,qode-theme-bridge,wpb-js-composer js-comp-ver-6.7.0,vc_responsive

12 May How do you find your way to the new industrial revolution?

Posted at 13:09h in Blog by Operator Systems 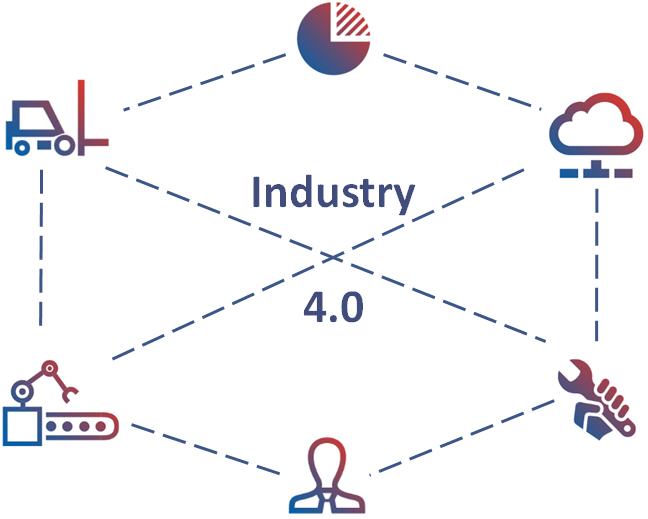 To cut a long story short, the idea of industrial internet is to provide smooth information flow across the whole manufacturing organisation – meaning everything and everyone should be connected and all activities should be synchronised through the network.

Connection is the key.

Still in many companies, the information structure is distributed and spread out between “independent” departments. For a few years already, the main goal of IT departments has been to integrate data flow across the organisation. This is nothing new: over the last few years, for most of our clients, integration was the main goal for Operator MES system implementations.

Now, with a new approach, old fashioned “Integration” is taken to a new level. Machines and people not only communicate, but also need to understand each other.

But is it really happening?

If you don’t believe it is happening, then consider the fact that, according to an article on techradar.com, AT&T already has more than 18.5 million machines connected to the Internet. Operator Systems also already has experience in the implementation of machine monitoring, intelligence and integration systems which seamlessly connect manufacturing plants across the internet.

And finally, according to an MESA article: ’The governments of China, India and the United States have all identified “Smart Manufacturing” as a strategic lever for long-term economic growth.  Similarly, the government of Germany has Industrie 4.0.  All these countries are looking to define how to leverage the advances in modern Information Technologies to make manufacturing a cog in their economic engines.’

So to introduce Smart Manufacturing in a company, first of all we need to introduce a strong implementation system, which will connect intelligent machines with people across the whole organisation in meaningful way and in real time.

How to meet the challenges of the modern world?
Industry 4.0 – How Overall equipment effectiveness (OEE) can help you optimize
Going Step-by-Step to Manufacturing Digitalization
What does Industry 4.0 Mean to Your Bottom Line?
Do you know how much “hidden” value you have in your plant?