Posted at 10:11h in News by Operator Systems

How can you get more out of your existing manufacturing capacity?

At Operator Systems, we focus on how we can help manufacturing companies be more productive and effective using their current resources. We also know that it is crucial for you to know how your production operations are performing. That is why we would like to introduce an updated version of our Operator Performance Optimizer – OEE module.

We are continuously working to develop new ways to give our customers a better overview of how their production is performing, not only “online”, but also to give customers the possibility of analyzing production data from different dimensions such as across shifts, over several months, across facilities, across product lines, etc.

With the new Operator OEE module you can immediately get an overview of several machines or positions. The improvements in this latest version create a better overall experience for users and ensure that it is easier for users to quickly access their desired, customized overview.

On one detailed display screen, you can view the “online” status of the machines or the line / machine positions which are managed at that terminal. The brand-new Operator OEE screen layout shows the machine or the line’s performance during the chosen shift. 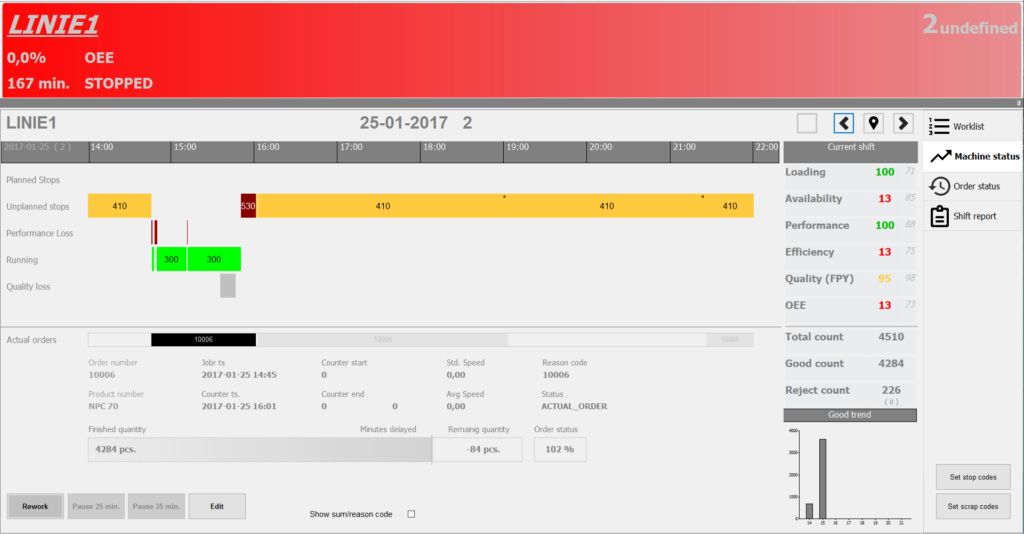 • Current OEE – The right side of the screen displays the most important KPIs for the current shift
• Planned and Unplanned Stops, each marked with the selected STOP code
• Performance loss
• Quality produced (rejected) – There will be counts of the number of produced items, and the number of defective items
• Trend curve for good items produced per hour
• SPC (if enabled)
• Current order – how many items have already been produced, and if the current rate of production is in line with the expected production rate. You will be able to visually follow production progress through a user-friendly color-coding system (which uses colors to indicate production status)

From the same window, you can directly access various relevant data, including: 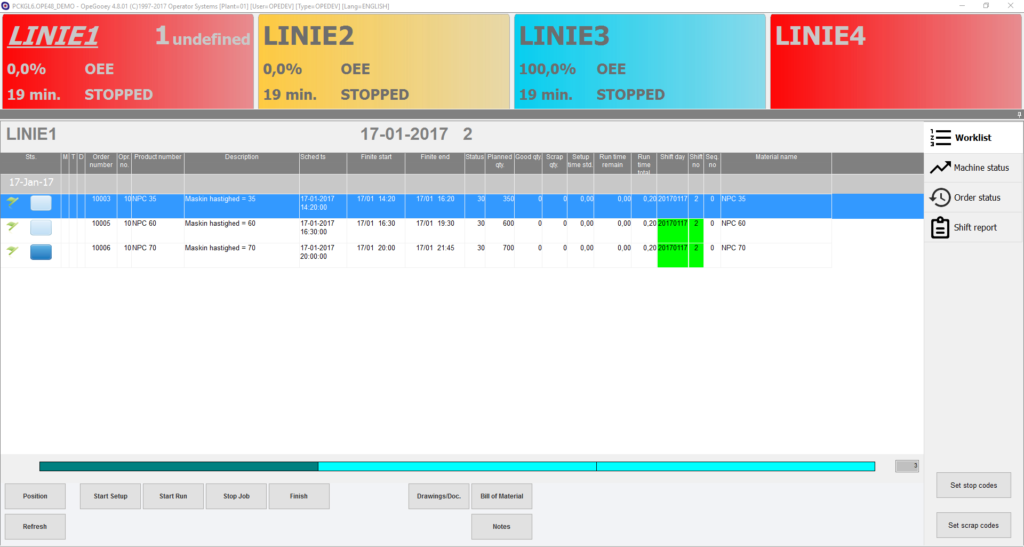 From the same place, it is possible to handle a “rework” status directly. In that case, the machine’s status indicates that it now addresses the issues that have been recast. The machine will show the reason code for the rework, and the OEE calculations, which serve to ensure that the system tracks the correct number of produced and scrapped items.

On the order status screen, the following information is displayed: 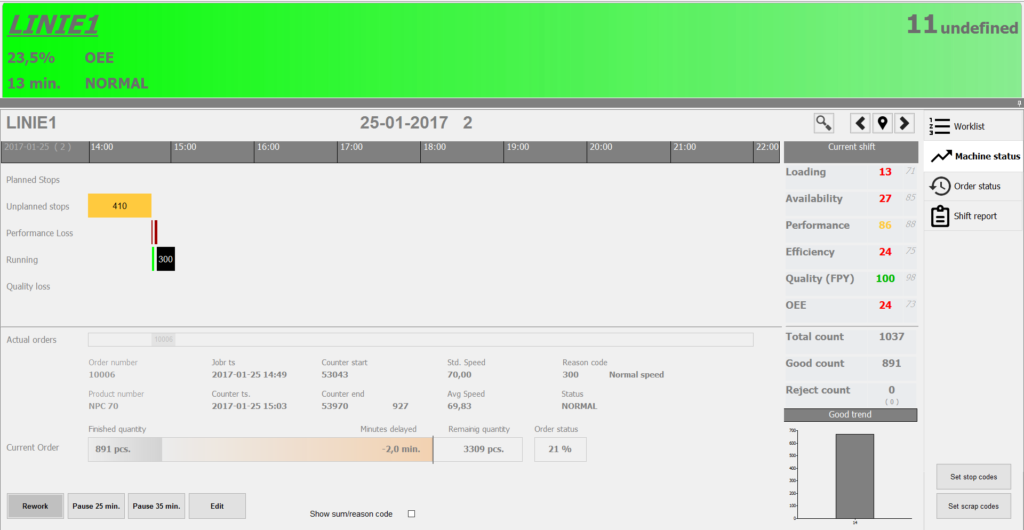 The Shift Report Tab of the Operator OEE shows the performance measured on several relevant KPIs, including OEE, production volume, rejected quantities, and list of the main STOP causes. 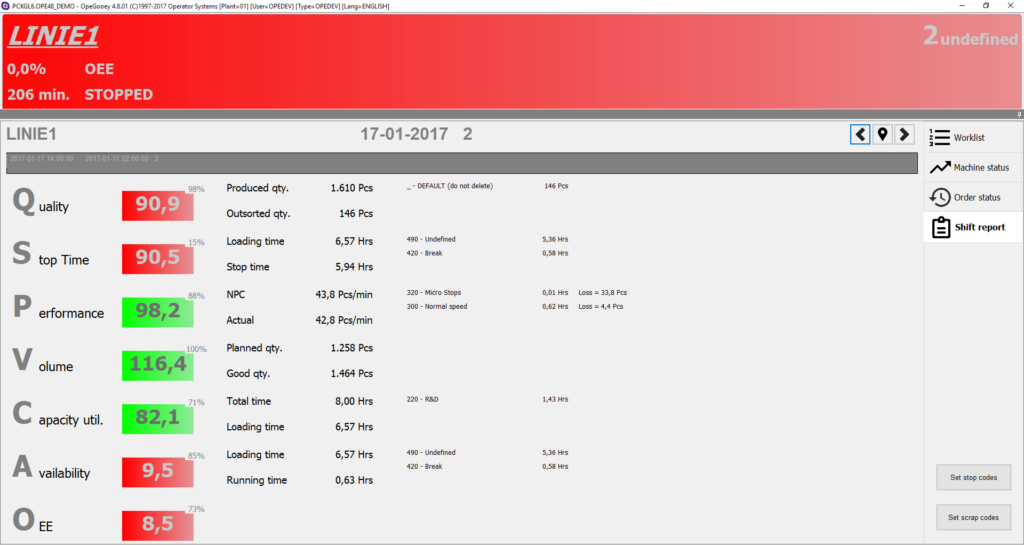 If You want to know more about Operator performance optimizer, contact us, please.